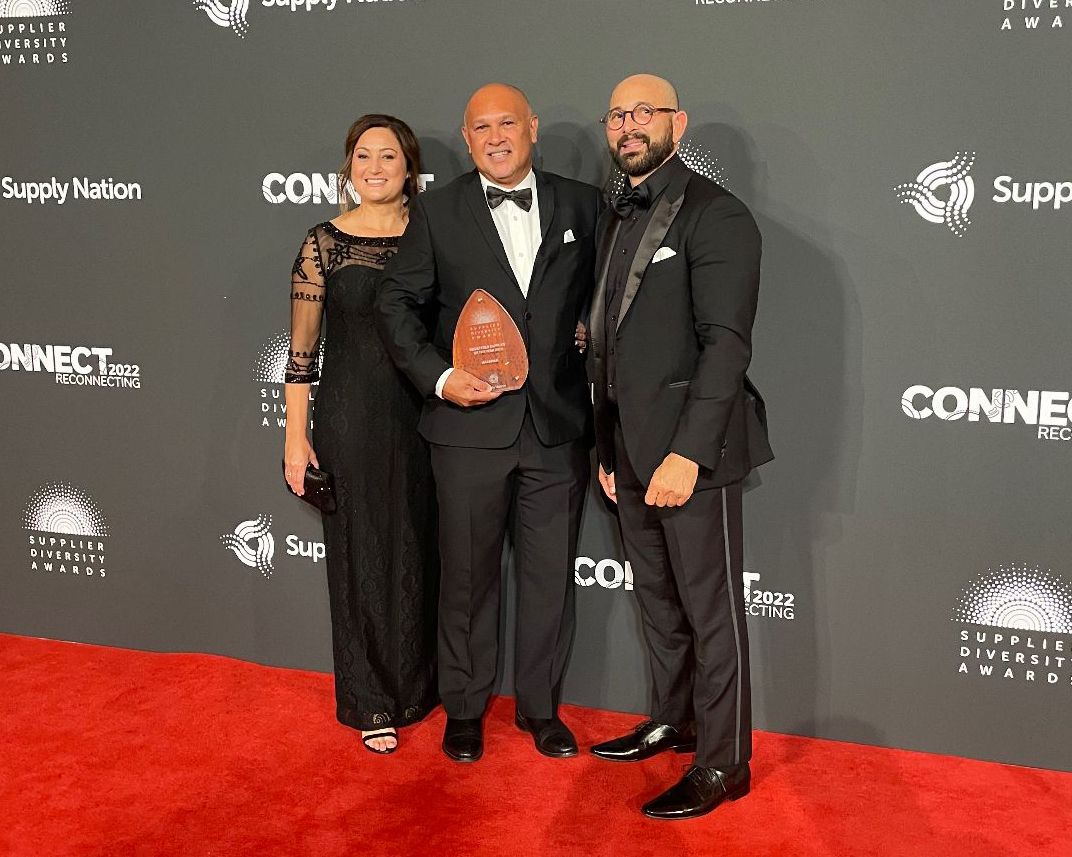 Aboriginal business Marawar Building Services has been named National Supplier of the Year at Supply Nations Suppliers Diversity Awards for a second time.

The West Leederville-based company took out the award at a ceremony on Wednesday.

Nyoongar Traditional Landowner and Marawar director Gerry Matera said it was an honour for his business to be recognised a second time.

"I truly believe this is a pivotal moment in Australian Indigenous history," Mr Matera said winning the award.

"Marawar was founded in 2018 with a mission to improve Indigenous participation in the construction industry."

"Today, we have a workforce that stands on par with the best in the business and I could not be prouder of what has been achieved."

The recognition comes after Mr Matera bought a 50 per cent stake in M/Construction and merged it with Marawar to create WA's largest Aboriginal construction business nearly six month ago.

The combined organisation is understood to have approximately 80 staff on its books and annual revenue of close to $100 million.

"Last year, Marawar took a significant step in leading a two-company merger and demonstrating how Indigenous leadership can work effectively and prosperously within a multicultural environment," Mr Matera said.

"The company now operates in a construction tier that enables it to complete alongside industry heavyweights for project and infrastructure works."